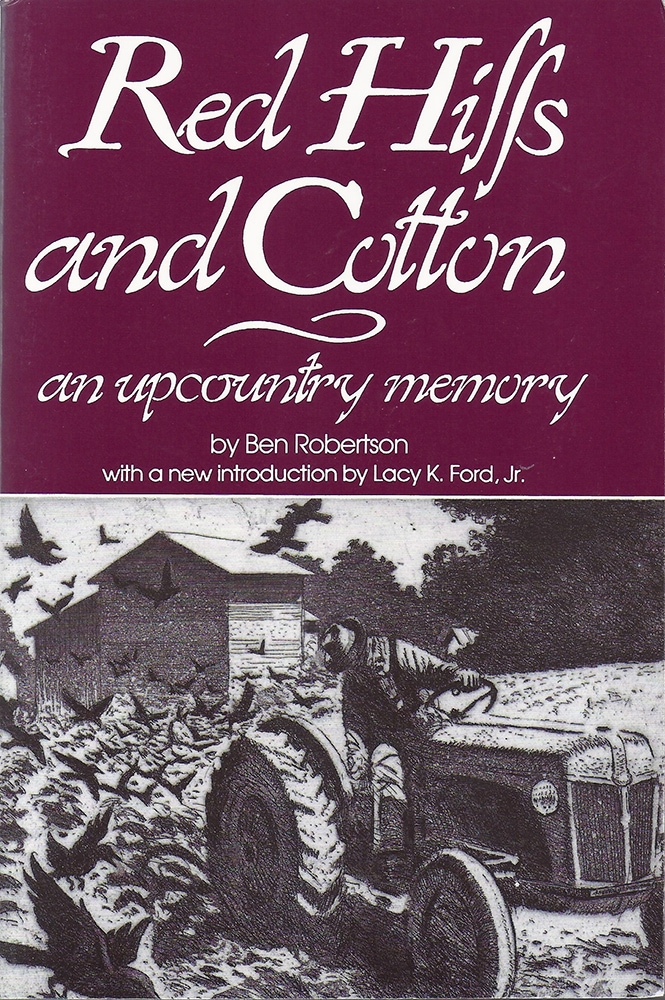 Red Hills and Cotton is suffused with Ben Robertson's deep affection for his native Upcountry South Carolina. An internationally known and respected journalist, Robertson had a knack for finding the interesting and exotic in seemingly humble or ordinary folk and a keen eye for human interest stories. His power of description and disarmingly straightforward narrative were the hallmarks of his writing.

A loyal Southern son, Robertson cherished what he judged to be the South's best traditions: personal independence and responsibility, the rejection of crass materialism, a deep piety, and a love of freedom. He repeatedly lamented the region's many shortcomings: poverty, racial hierarchy, political impotence, lack of inttellectual curiosity, and its tendency to blame all of its twentieth-century problems on the defeat of the Confederacy.

An informative and entertaining new introduction by Lacy K. Ford, Jr., associate professor of history at the University of South Carolina, provides fascinating new facts about Robertson's life and recasts his achievements in Red Hills and Cotton as social commentary. Ford captures the essence of Robertson's restless and questioning, but unfailingly Southern, spirit.

"This is an eloquent hymn to one Southern way of life. . . . It is also an indigenous statement of the idea for which many Southerners believe the South fought the Civil War—that only those governments are strong which are based on the land and its people."—Time

". . . casts a witching spell; the warmth, beauty, and individual flavor of this 'upcountry memory' will linger long and happily in the reader's mind . . ."—The New York Times