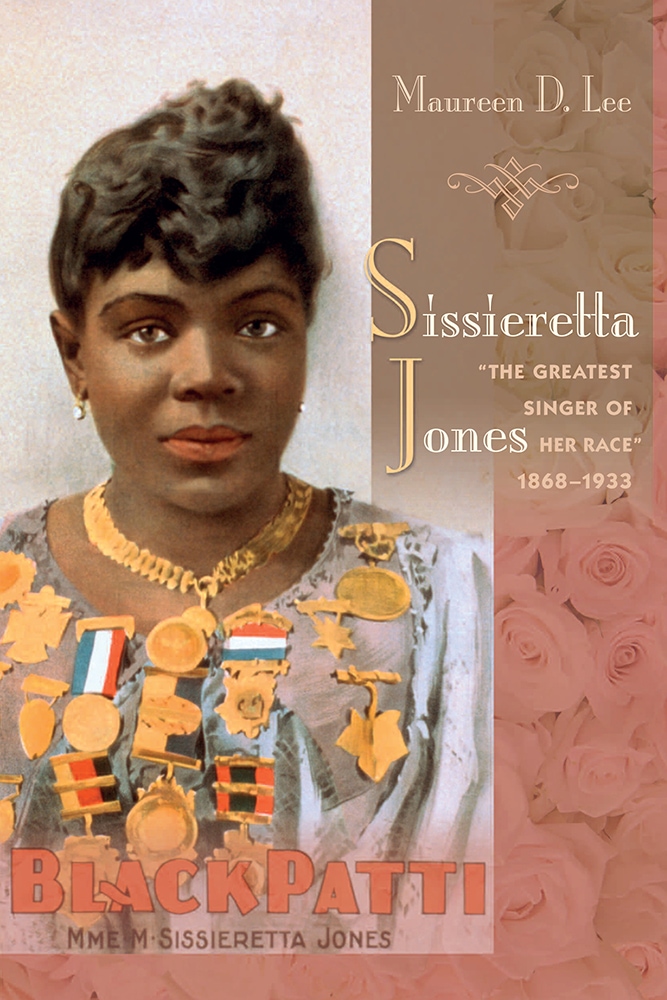 Matilda Sissieretta Joyner Jones, whose nickname the "Black Patti" likened her to the well-known Spanish-born opera star Adelina Patti, was a distinguished African American soprano during the late nineteenth and early twentieth centuries. Performing in such venues as Carnegie Hall and Madison Square Garden, Jones also sang before four U.S. presidents. In this compelling book-length biography of Jones, Maureen Donnelly Lee chronicles the successes and challenges of this musical pioneer. Lee details how Jones was able to overcome substantial obstacles of racial bias to build a twenty-eight-year career performing in hundreds of opera houses and theaters throughout North America and Europe.

Serving as a role model for other African American women who came after her, Jones became a successful performer despite the many challenges she faced. She confronted head on the social difficulties African American performers endured during the rise of Jim Crow segregation. Throughout her career Jones was a concert singer performing ballads and operatic pieces, and she eventually went on to star in her own musical comedy company, the Black Patti Troubadours. Critics praised Jones as America's leading African American prima donna, with some even dubbing her voice one in a million.

Lee's research, utilizing many Black newspapers, such as the New York Age and the Indianapolis Freeman, concert reviews, and court documents brings overdue recognition to an important historical songstress. Sissieretta Jones: "The Greatest Singer of Her Race," 1868-1933 provides a comprehensive, moving portrait of Jones and a vivid overview of the exciting world in which she performed.


Maureen Donnelly Lee is a retired public relations professional and a former newspaper journalist and magazine editor. Lee spent eight years as a research associate for child and family research centers at Clemson University and the University of South Carolina. She grew up in Rhode Island, the state Sissieretta Jones called home for fifty-seven years. Lee holds bachelor's and master's degrees from Rhode Island College. She lives in Columbia, South Carolina.

"Maureen Lee has done a fantastic job bringing to light the life story of Sissieretta Jones. Much of this important vocalist's life has been hidden and unknown. Lee brings forth small details about Mme Jones's life in a way that makes this story so enjoyable. Filled with facts and historical information about the times, it's easily one of the best musical biographies that I've read in a long time."—Eric Jackson, host of Jazz on WGBH with Eric Jackson

"I have long awaited someone like Maureen Lee who would take a closer look at Sissieretta Jones, Rhode Island's and the nation's most successful African American singer during a difficult age. The result is a stunning biography of piercing intensity and beauty."—Ray Rickman, former president of the Rhode Island Black Heritage Society

"Maureen Lee has provided a detailed and highly informative review of a sadly neglected superstar singer of the American concert and vaudeville stage at the beginning of the twentieth century. The remarkable life and accomplishments of the 'Black Patti' . . . need to be more fully incorporated into the broad cultural story of America in order to understand the true diversity of our country's entertainment history."—Thomas L. Riis, director, author of Just before Jazz: Black Musical Theater in New York 1890-1915

"Maureen Lee makes an extremely valuable contribution to our understanding of the essence of Sissieretta Jones's professional life. Exhaustive research, excellent organization of the material, and a very descriptive writing style all make this book an excellent read."—Karen Chandler, associate professor of arts management, College of Charleston, and cofounder/principal of the Charleston Jazz Initiative