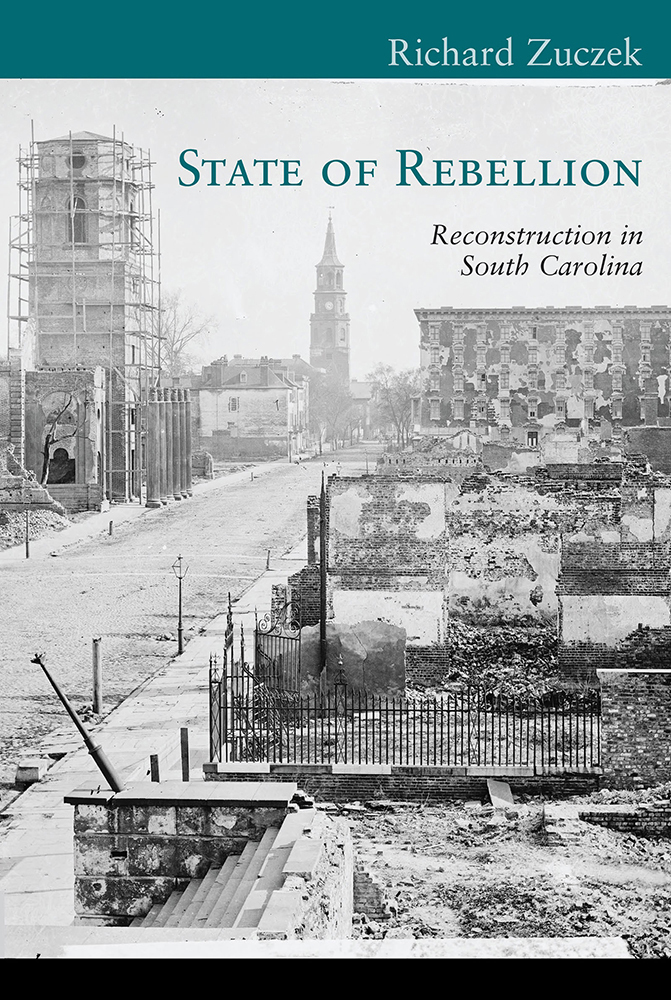 A chronicle of postwar resistance in the Palmetto State

State of Rebellion recounts the volatile course of Reconstruction in the state that experienced the longest, largest, and most dynamic federal presence in the years immediately following the Civil War. Richard Zuczek examines the opposition of conservative white South Carolinians to the Republican-led program and the federal and state governments' attempts to quell such resistance. Contending that the issues that had driven secession—the relationship of the states to the federal government and the status of African Americans—remained unresolved even after Northern victory, Zuczek describes the period from 1865 to 1877 as a continuation of the struggle that began in 1861. He argues that Republican efforts failed primarily because of an organized, coherent effort by white Southerners committed to white supremacy.

Zuczek details the tactics—from judicial and political fraud to economic coercion, terrorism, and guerrilla activity—employed by conservatives to nullify the African American vote, control African American labor, and oust northern Republicans from the state. He documents the federal government's attempt to quash the conservative challenge but shows that, by 1876, white opposition was so unified, widespread, and well armed that it passed beyond government control.


Richard Zuczek is an associate professor of government and history at the U.S. Coast Guard Academy in New London, Connecticut. He is editor of the two-volume Encyclopedia of the Reconstruction Era and coauthor of Andrew Johnson: A Biographical Companion.

"A well-crafted, intelligent, and important contribution to Reconstruction and South Carolina historiography. Certainly anyone interested in South Carolina after the Civil War would be well advised to read this book."—South Carolina Historical Magazine

"This book should serve as an example to other historians interested in exploring the Reconstruction experiences of individual Southern states. . . . Zuczek does a masterful job of synthesizing primary sources and traditional interpretations from seminal secondary sources and the most recent Reconstruction studies."—Southern Historian