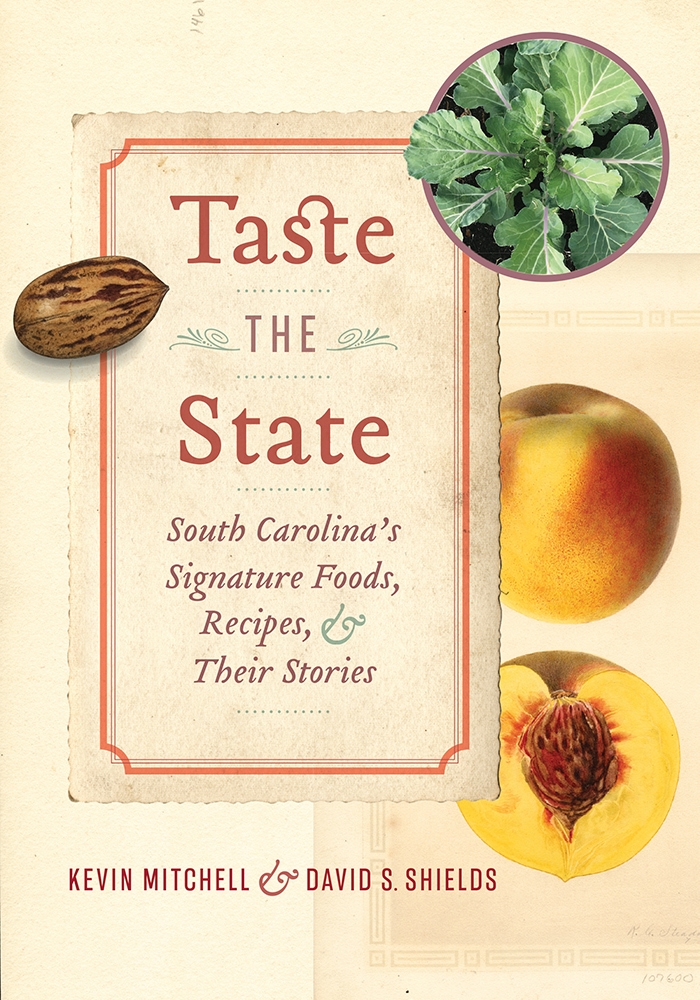 Because Carolina cookery combines ingredients and cooking techniques of three greatly divergent cultural traditions, there is more than a little novelty and variety in the food. In Taste the State Mitchell and Shields celebrate the contributions of Native Americans (hominy grits, squashes, and beans), the Gullah Geechee (field peas, okra, guinea squash, rice, and sorghum), and European settlers (garden vegetables, grains, pigs, and cattle) in the mixture of ingredients and techniques that would become Carolina cooking. They also explore the specialties of every region—the famous rice and seafood dishes of the lowcountry; the Pee Dee's catfish and pinebark stews; the smothered cabbage, pumpkin chips, and mustard-based barbecue of the Dutch Fork and Orangeburg; the red chicken stew of the midlands; and the chestnuts, chinquapins, and corn bread recipes of mountain upstate.

Taste the State presents the cultural histories of native ingredients and showcases the evolution of the dishes and the variety of preparations that have emerged. Here you will find true Carolina cooking in all of its cultural depth, historical vividness, and sumptuous splendor—from the plain home cooking of sweet potato pone to Lady Baltimore cake worthy of a Charleston society banquet.

Kevin Mitchell is the first African American chef instructor at the Culinary Institute of Charleston in South Carolina. He has culinary arts degrees in occupational studies and management from the Culinary Institute of America and a master's degree in southern studies from the University of Mississippi, where he studied Southern foodways, the preservation of Southern ingredients, and the history of African Americans in the culinary arts. In 2020 Mitchell was named a South Carolina Chef Ambassador.

David S. Shields is Carolina Distinguished Professor of the English Language and Literature Department at the University of South Carolina and the chair of the Carolina Gold Rice Foundation. He is the author of numerous books, including Southern Provisions: The Creation and Revival of a Cuisine and The Culinarians: Lives and Careers from the First Age of American Fine Dining, and the recipient of the Southern Foodways Alliance's Ruth Fertel Keeper of the Flame Award.