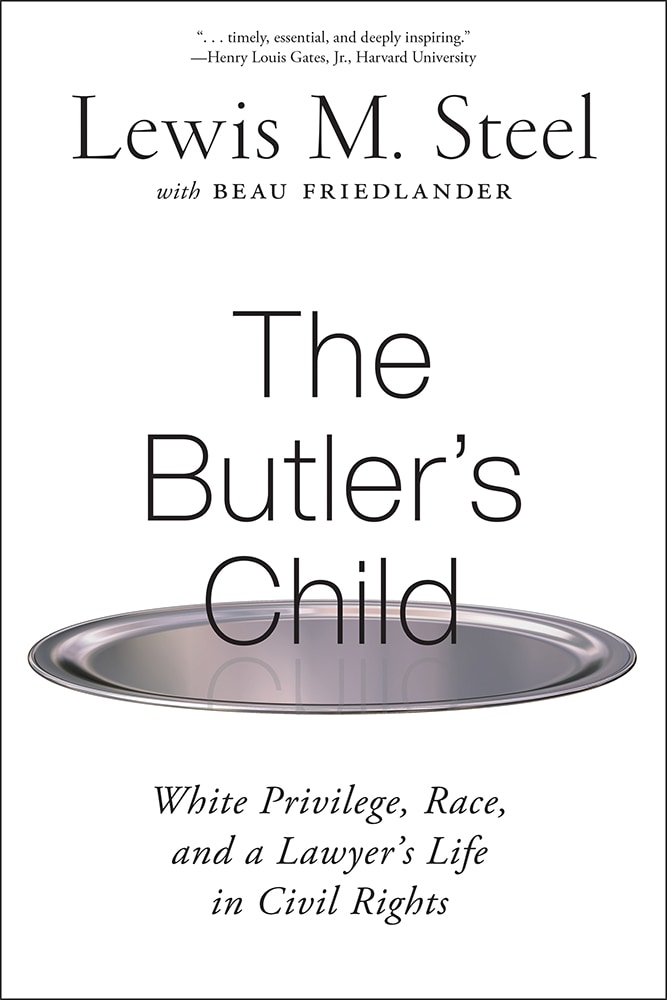 White Privilege, Race, and a Lawyer's Life in Civil Rights

Lewis M. Steel, born a Warner Brothers' grandson, inherited a life of privilege, access, and opportunity. With every option available, he chose a life of purpose, spending more than fifty years as a no-holds-barred civil rights lawyer whose victories set legal precedents still relevant today. In The Butler's Child, Steel explores the important role race played in his upbringing, anchored by his relationship with the family's African American butler, and why this attorney has devoted his life to pursuing racial justice.

This insightful life story chronicles his close relationship with Robert L. Carter, his mentor and extraordinary NAACP general counsel. Steel was there during the Attica uprising, represented innocent African Americans in front-page murder cases, and played a central role in the evolution of civil rights law from the height of the movement to landmark cases in the decades that followed. The Butler's Child provides an insider's look at some of these emotion-packed, hard-fought trials and decisions from the 1960s to the present by an attorney still working to advance rights that should be available to all.

Lewis M. Steel, an associate counsel with the NAACP in the 1960s, is senior counsel at Outten & Golden LLP, focusing on civil rights and antidiscrimination. His articles have appeared in the New York Times, the Nation, and other publications.

Beau Friedlander's writing has appeared in many publications including the New York Times, Time Magazine, Harper's Magazine, and the Paris Review. He lives in Brooklyn.

"Steel writes movingly . . . Drawing on his experiences in two different social and cultural worlds, Steel has no trouble getting to the dark heart of our nation's racial ills in this polished, accomplished book."—Publisher's Weekly (starred review)

"An articulate, emotionally moving chronicle of a life informed by racial unrest and elevated with dutiful humanitarianism."—Kirkus Reviews

"A fascinating insider's look into the legal side of the civil-rights battle."—Booklist