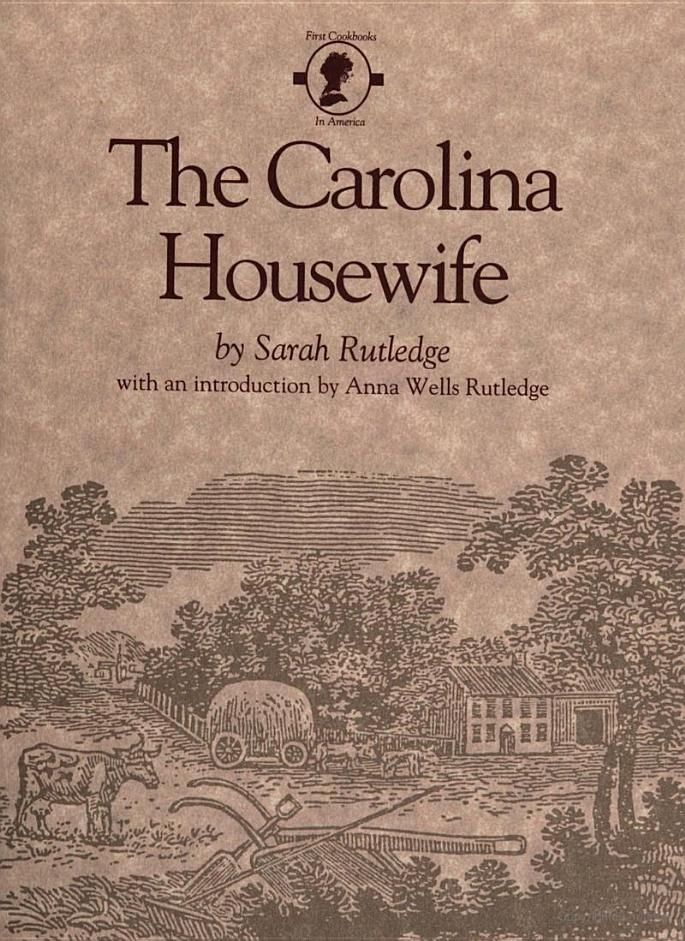 Take a step back in time between the covers of this petite, yet enlightening, volume featuring nearly 550 receipts (recipes) collected by Sarah Rutledge, daughter of Edward Rutledge, a South Carolina governor and the youngest delegate to sign the Declaration of Independence. This edition is a replica of the 1847 original, published anonymously as The Carolina Housewife by a Lady of Charleston because, as Anna Wells Rutledge notes in her introduction, "the name of a Charleston woman appeared in print but thrice—when born, when married, and when buried."

The introduction offers family history, a who's who of Charleston society, and a sense of what life was like for the social elite. It also demystifies terms such as gill (one-half cup), salaeratus (baking soda), shaddock (grapefruit), and what it means to "brown it with a salamander" (to broil using a hot iron).


Anna Wells Rutledge (1907–1996), was an art historian of Charleston, South Carolina, and author of Artists in the Life of Charleston.

"This is a new release of Sarah Rutledge's cookbook, a Charleston standby through the years and considered by some authorities to be THE classic Southern cookbook. The introduction is a delightful miscellany of information on Charleston and the surrounding Lowcountry of years gone by."—Charleston Evening Post

"I must warn you that this latest edition of The Carolina Housewife may be hazardous to your diet."—Charlotte Walker, Charleston News and Courier

"...an incomparable guide to Southern cuisine."—Time