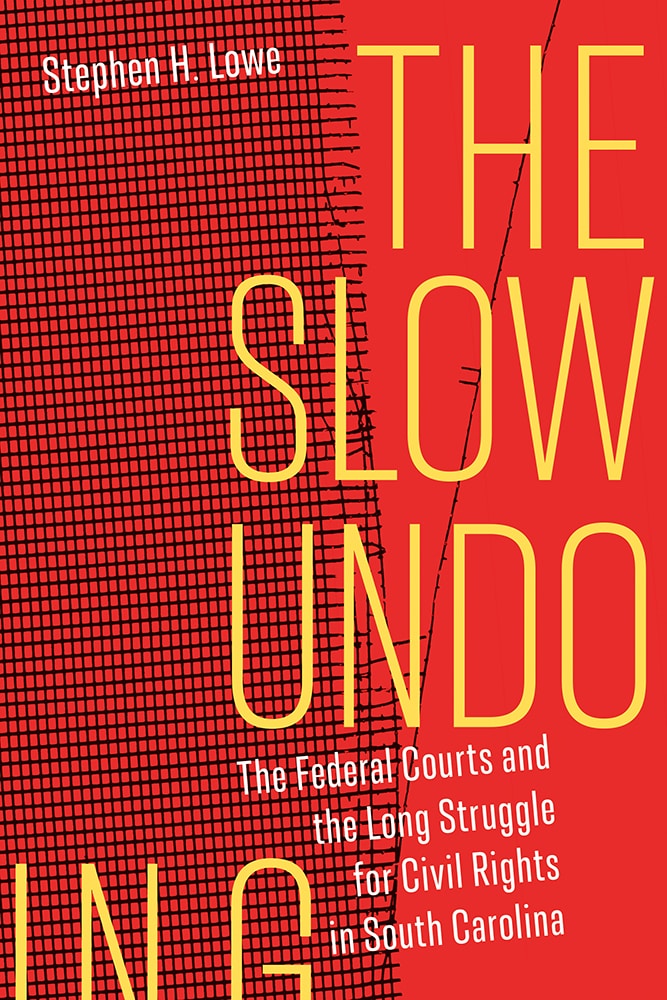 African American plaintiffs and lawyers from South Carolina, with the support of Thurgood Marshall and other lawyers from the NAACP Legal Defense and Education Fund, brought and argued civil rights lawsuits in South Carolina's federal courts attempting to secure the vote, raise teacher salaries, and to equalize and then desegregate schools, parks, and public life. In response, white citizens, state politicians, and local officials, hired their own lawyers who countered these arguments by crafting new legal theories in an attempt to defend state practices and thwart African American aspirations of equality and to preserve white supremacy.

The Slow Undoing argues for a reconsideration of the role of federal courts in the civil rights movement by demonstrating that both before and after Brown v. Board of Education, the federal district courts were centrally important to achieving and solidifying civil rights gains. It relies on the entire legal record of actions in the federal district courts of South Carolina from 1940 to 1970 to make the case. It argues that rather than relying on litigation during the pre-Brown era and direct action in the post-Brown era, African Americans instead used courts and direct action in tandem to bring down legal segregation throughout the long civil rights era. But the process was far from linear and the courts were not always a progressive force. The battles were long, the victories won were often imperfect, and many of the fights remain. Author Stephen H. Lowe offers a chronicle of this enduring struggle.

"Stephen Lowe shows how citizen activists and their lawyers used direct action and litigation to undermine South Carolina's version of segregation through a careful and detailed examination of what actually happened in the federal courts."—Mark Tushnet, William Nelson Cromwell Professor of Law emeritus, Harvard Law School

"This is a book of great import, combining first-rate narrative and incisive analysis. Lowe provides the essential details that create the larger discourse of the national fight against Jim Crow. There is elegance and power in this critical story."—Orville Vernon Burton, author of Justice Deferred: Race and the Supreme Court

"Lowe's work makes a powerful case that South Carolina has and continues to be the front line of Black struggles for equality and justice and an exemplar of White supremacy's dogged hold on American life and institutions."—Peter F. Lau, author of Democracy Rising: South Carolina and the Fight for Black Equality since 1865

"In this engaging and deeply researched book, Stephen Lowe explains that in the Palmetto State the federal courts served as the primary field of conflict where Blacks and Whites battled over competing visions of justice and law. Lowe's analysis of how "Freedom of Choice" was dismantled during the mid-to-late 1960s further distinguishes this work."—Andrew H. Myers, University of South Carolina Upstate