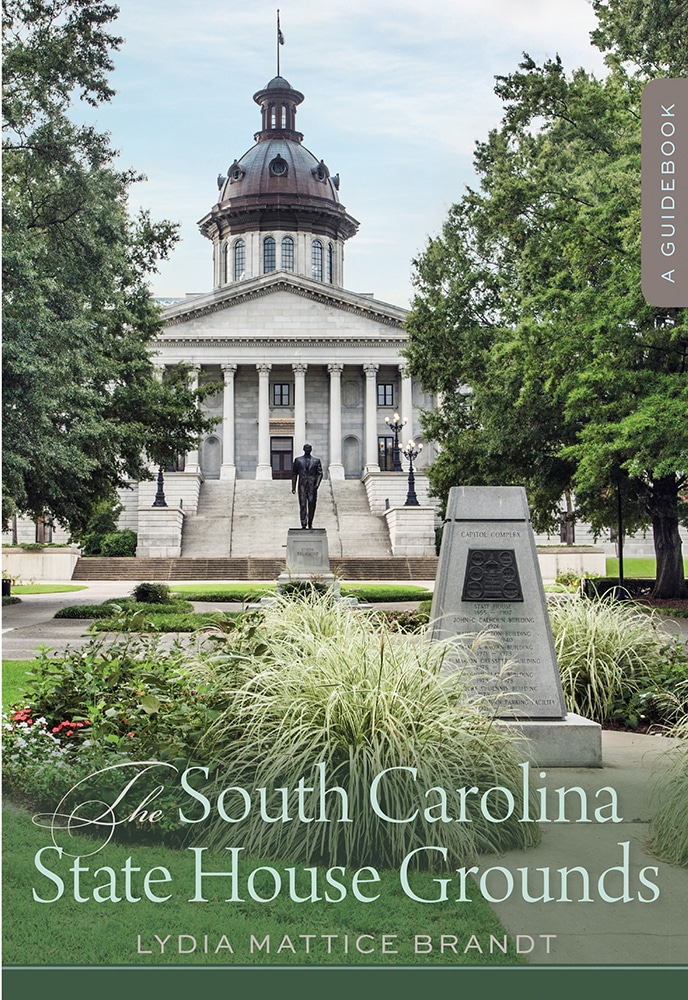 The South Carolina State House grounds are a work in progress—a cultural landscape of human-built and natural components connected physically, conceptually, and aesthetically. As public property, the grounds should represent and welcome everyone in the state. While it is a beautiful space, it is not neutral. Over the past two centuries, various groups have jostled for political and cultural power, and the winners have used the grounds to assert their authority and broadcast political positions on the state's most visible stage. These struggles have resulted in a perpetually evolving space.

In The South Carolina State House Grounds, the first comprehensive narrative of this important site at the heart of the Palmetto State, Lydia Mattice Brandt details the history of the state capitol and its setting—including the national, state, and local histories enshrined in its monuments—from 1787 to the present. Brandt argues that generations of private citizens and elected officials, who recognized the power of erecting public monuments and buildings that recall certain versions of history, have consciously shaped this highly charged, visible, and public place to assert authority over both the past and present. By recounting the intentions behind each element in the landscape, this guidebook considers how South Carolinians have used this place as a site of storytelling and mythmaking.

The South Carolina State House Grounds, a chronological history of the state's grandest public space, includes more than sixty illustrations that track the site's transformation over more than two centuries. Brandt chronicles the events that occurred in and around its buildings, the stories of the people memorialized in the grounds' monuments, and the histories of the monuments themselves.

Lydia Mattice Brandt is an architectural historian, historic preservationist, associate professor of art history at the University of South Carolina, and host of the podcast Historically Complex. She is the author of First in the Homes of His Countrymen: George Washington's Mount Vernon in the American Imagination and many articles published in Winterthur Portfolio, Antiques & Fine Art, and the Public Historian.

"[A]s handy as the book will prove to Columbia visitors, its real value lies elsewhere. Commemoration of any sort is always as much about the present as about the past, and Brandt's treatment of statuary, monuments, and other forms of memorialization detailed in this book provides vivid snapshots of the white South's troubled and troubling racial history from the beginnings of the republic to the twenty-first century."—The Journal of Southern History

"The South Carolina State House Grounds sets a new standard for guidebooks. Brandt offers insightful histories of individual monuments and charts changes in the capitol's landscape to illuminate the state's political and social history. Brandt brings alive the State House Grounds in a way that will reward even those readers who have never visited them."—Dell Upton, author of American Architecture: A Thematic History

"This is the definitive book about the State House grounds. Thoroughly researched and readable entries focusing upon each monument make the park-like setting meaningful."—John M. Bryan, author of Creating the South Carolina Statehouse

"Brandt provides a fresh understanding of South Carolina's prime public space. This well-written and well-illustrated study will be valuable not only to the state's citizens and visitors but also for people thinking about public spaces far and wide."—Catherine W. Bishir, author of North Carolina Architecture