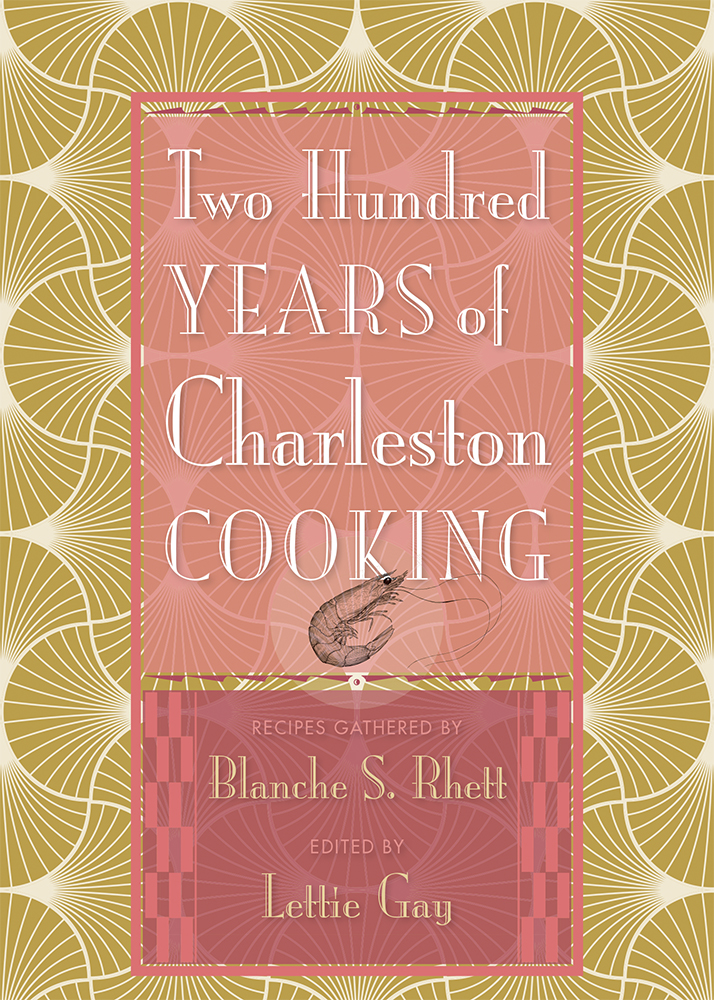 First published in 1930 as 200 Years of Charleston Cooking, this collection of more than three hundred recipes was gathered by Blanche S. Rhett from housewives and their African American cooks in Charleston, South Carolina. From enduring favorites like she-crab soup and Hopping John to forgotten delicacies like cooter (turtle) stew, the recipes Rhett collected were full of family secrets but often lacked precise measurements. With an eye to precision that characterized home economics in the 1930s, Rhett engaged Lettie Gay, director of the Home Institute at the New York Herald Tribune, to interpret, test, and organize the recipes in this book.

Two Hundred Years of Charleston Cooking is replete with southern charm and detailed instructions on preparing the likes of shrimp with hominy, cheese straws, and sweet potato pie not to mention more than one hundred pages of delightful cakes and candies.

In a new foreword, Rebecca Sharpless, professor of history and author of Cooking in Other Women's Kitchens: Domestic Workers in the South, 1865-1960, provides historical and social context for understanding this groundbreaking book in the 21st century.


Blanche S. Rhett (1876–1942) was the wife of R. Goodwyn Rhett, the fiftieth mayor of Charleston, South Carolina. They lived in the historic John Rutledge House until his death in 1939.

"Two Hundred Years of Charleston Cooking should appeal to people who enjoy cooking and to lovers of the old city. . . . Not only does the cookbook give a richness of recipes but it also gives colorful and descriptive views of the atmosphere of Charleston in days past."—The State (Columbia, SC)

"The reader is transported into a long-gone leisurely era. . . . Yet one thing remains unchanged: the appreciation of good food gracefully served."—News and Courier (Charleston, SC)

"Here is a book that makes you hungry, not only for shrimp pilau and hoe cake, but for adventure and out-of-the-way places. After eating you want to stroll along the old streets of Charleston, study the iron-grilled porches and smell the flower gardens. For there is atmosphere in this volume, as well as information and glamour."—New York Telegram

"Like many other good cooks, Charleston cooks know no rules nor measures but cook by instinct and a real knowledge of cookery. So this collection of authentic receipts was no easy task to collect."—Augusta Chronicle (Ga.)