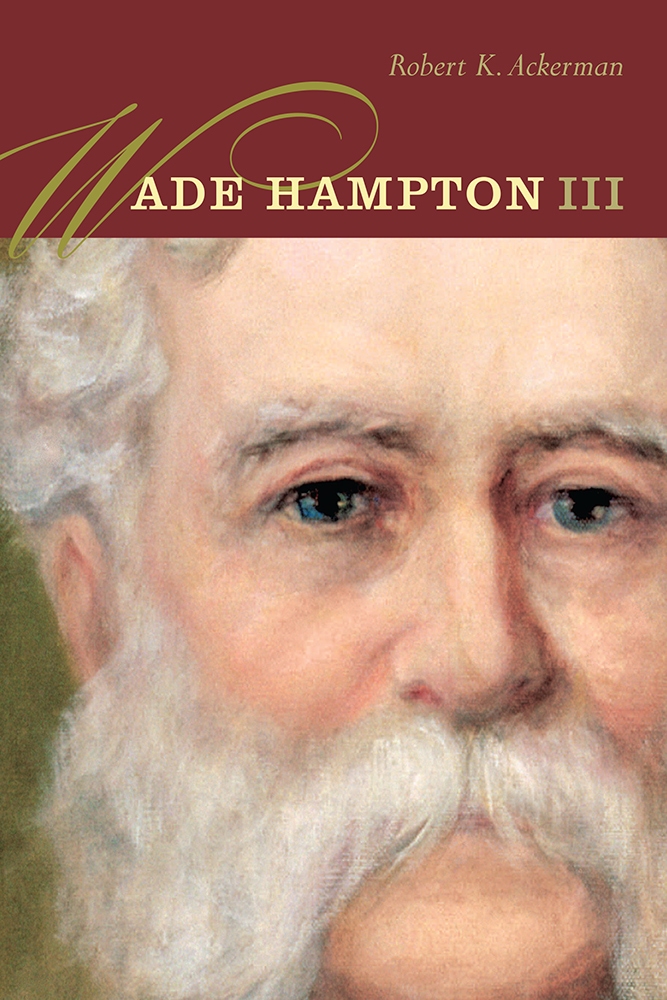 Providing the most balanced and comprehensive portrayal of Wade Hampton III to date, Robert K. Ackerman's biography explores the remarkable abilities and tragic failings of the planter-statesman who would come to personify the Civil War and Reconstruction in South Carolina. Ackerman traces Hampton's esteemed lineage and his preparation for life as a Southern aristocrat. Though Hampton benefited from third-generation wealth, a classical education, and an inherent sense of noblesse oblige, as Ackerman notes, prior to the war Hampton served almost without distinction in the South Carolina General Assembly—with the exception of his opposition to reopening the slave trade. Hampton did not favor secession, but once South Carolina left the Union, he committed himself fully to the Confederate effort and thus began his path to legend.

Ackerman follows Hampton from amateur soldier to decorated cavalry leader, from multiple wounds at Gettysburg to the defense of the Confederate flank at Petersburg. Hampton eventually succeeded J. E. B. Stuart as commander of Lee's cavalry in the Army of Northern Virginia and distinguished himself as one of three non-West Point graduates to attain the rank of lieutenant general in the Confederate army.

Emotionally and financially devastated by the Confederacy's defeat, Hampton briefly pondered continuing the conflict as a guerrilla war before emerging as a leading advocate for policies of moderation. His election to the governorship in 1876 brought an end to Federal Reconstruction in South Carolina. Ackerman elaborates on Hampton's limited success in enacting policies of moderation and his eventual defeat at the hands of virulent racists and anti-autocratic populists. Ackerman suggests that, despite some success as governor and later as a U.S. senator, Hampton was ultimately overwhelmed by forces of racism, with tragic consequences for his state, yet he remains for many a revered icon of the Old South.


Robert K. Ackerman is a retired professor of history who has served as dean of Erskine College and Drew University and as president of Wesleyan College in Macon, Georgia. A Phi Beta Kappa graduate of the University of South Carolina, he is the author of several works on South Carolina history, including South Carolina Colonial Land Policies. Ackerman lives in Lexington, South Carolina.

"Wade Hampton III is one of the most important , complex, and—in some ways—tragic figures of the nineteenth-century South. In this carefully researched and expertly crafted account, Robert K. Ackerman covers his subject's ambitious military and political careers and gives us Hampton not as an icon but as a dynamic and flawed human being at the center of a world being torn asunder. Ackerman also introduces us to Hampton's powerful inner circle of family and friends, many of whom have been neglected in previous studies. By extension, this narrative illustrates the social and economic changes wrought during the rough transition from Old South to New as witnessed from the vantage point of the elite planter class."—Lacy K. Ford, Jr., author of Origins of Southern Radicalism: The South Carolina Upcountry, 1800–1860

"At long last we have a definitive study of Wade Hampton III, who dominated South Carolina in the second half of the nineteenth century and whose moderate racism has intrigued us ever since. Ackerman presents us with a rare objective account of the planter, soldier, and political leader. The work is at its best in recounting the stirring events of 1876 and unraveling Hampton's feud with Martin Gary and Ben Tillman."—A. V. Huff, Jr., professor emeritus of history, Furman University

"Ackerman's analysis moves beyond the hero worship that has surrounded Wade Hampton III in the past. For all of its limitations, Hampton's 'paternal moderation' offered an alternative to the racial demagoguery of men like Benjamin R. Turner and Coleman E. Blease. As governor, Hampton took significant steps toward healing the wounds between white and black South Carolinians after Reconstruction. Ackerman's assessment of these facets will make this biography the standard interpretation of Hampton for years to come. It is a must-read for all South Carolinians."—Edmund L. Drago, author of Hurrah for Hampton!: Black Red Shirts in South Carolina During Reconstruction