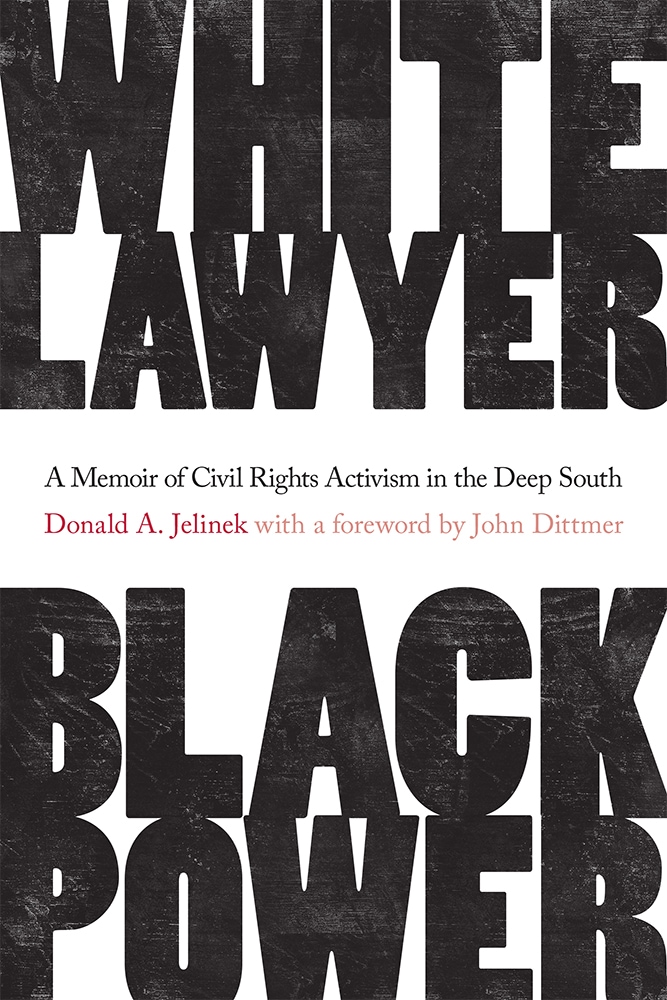 A Memoir of Civil Rights Activism in the Deep South

Inspired by a colleague's involvement in the Mississippi Summer Project of 1964, Wall Street attorney Donald A. Jelinek traveled to the Deep South to volunteer as a civil rights lawyer during his three-week summer vacation in 1965. He stayed for three years.

In White Lawyer, Black Power, Jelinek recounts the battles he fought in defense of militant civil rights activists and rural African Americans, risking his career and his life to further the struggle for racial equality as an organizer for the Student Nonviolent Coordinating Committee and an attorney for the Lawyers Constitutional Defense Committee of the American Civil Liberties Union. Jelinek arrived in the Deep South at a pivotal moment in the movement's history as frustration over the failure of the 1964 Civil Rights Act to improve the daily lives of southern blacks led increasing numbers of activists to question the doctrine of nonviolence.

Jelinek offers a fresh perspective that emphasizes the complex dynamics and relationships that shaped the post-1965 black power era. Replete with sharply etched, complex portraits of the personalities Jelinek encountered, from the rank-and-file civil rights workers who formed the backbone of the movement to the younger, more radical, up-and-coming leaders like Stokely Carmichael and H. "Rap" Brown, White Lawyer, Black Power provides a powerful and sometimes harrowing firsthand account of one of the most significant struggles in American history.

John Dittmer, professor emeritus of American history at DePauw University and author of Local People: The Struggle for Civil Rights in Mississippi, provides a foreword.


Donald A. Jelinek (1934–2016) began his legal career on Wall Street but was best known for his work as a civil rights lawyer who defended members of the Student Nonviolent Coordinating Committee (SNCC) in the 1960s, the Native Americans who seized Alcatraz Island to dramatize their grievances against the federal government, and the indicted survivors of the Attica prison riot.

"An autobiographical history clearly demonstrating how Black lives did not matter in the Jim Crow South. . . . A sharply etched memoir of the struggle for civil rights."—Kirkus Reviews

"This is the story of Jelinek's journey, from New York City to the South, from the nonviolence of the civil rights movement to SNCC and Black power. The battles he and others fought exemplify the gripping, jagged edge of the struggle. We need more such memoirs; they are cries for justice, still delayed."—Orville Vernon Burton, Clemson University

"Vivid, powerful, and deeply personal, this narrative of a white lawyer's experience serving the civil rights movement during the turbulent Black power era provides fresh new insights into the most important social movement of our history."—William H. Chafe, Duke University

"Jelinek's memoir of his time as an attorney for civil rights advocates... reveals the sometimes-tenuous association that northern whites experienced while working in conjunction with Black movement leaders... a welcome addition to the complicated story of those who demanded that the country enforce its legal and ethical obligations for all citizens. Highly recommended."—Choice