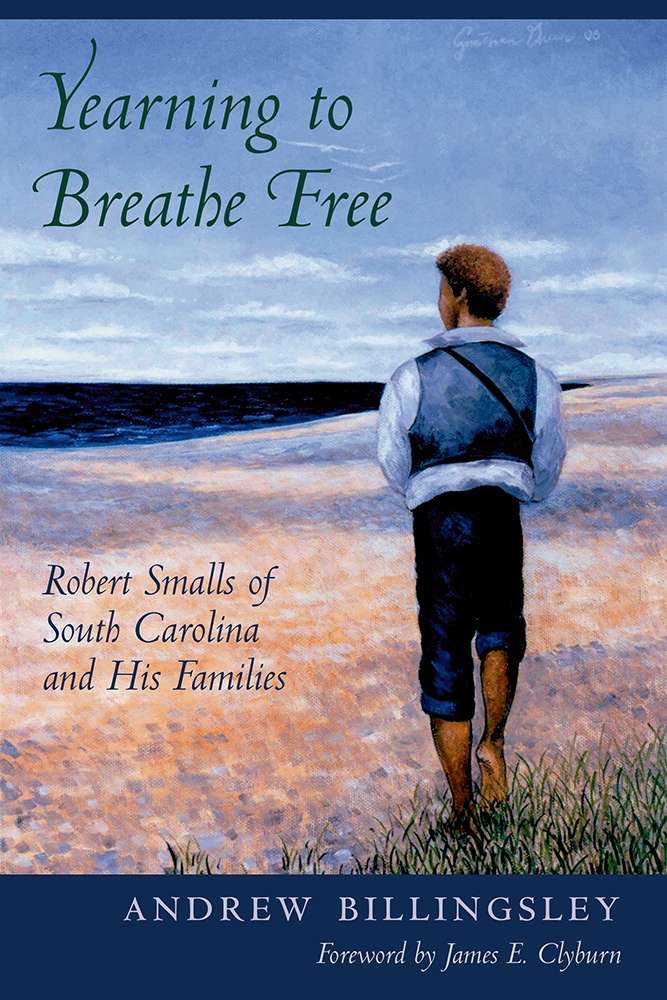 Robert Smalls of South Carolina and His Families

On May 13, 1862, Robert Smalls (1839-1915) commandeered a Confederate warship, the Planter, from Charleston harbor and piloted the vessel to cheering seamen of the Union blockade, thus securing his place in the annals of Civil War heroics. Slave, pilot, businessman, statesman, U.S. congressman—Smalls played many roles en route to becoming an American icon, but none of his accomplishments was a solo effort. Sociologist Andrew Billingsley offers the first biography of Smalls to assess the influence of his families—black and white, past and present—on his life and enduring legend. In so doing, Billingsley creates a compelling mosaic of evolving black-white social relations in the American South as exemplified by this famous figure and his descendants.

Born a slave in Beaufort, South Carolina, Robert Smalls was raised with his master's family and grew up amid an odd balance of privilege and bondage which instilled in him an understanding of and desire for freedom, culminating in his daring bid for freedom in 1862. Smalls served with distinction in the Union forces at the helm of the Planter and, after the war, he returned to Beaufort to buy the home of his former masters—a house that remained at the center of the Smalls family for a century. A founder of the South Carolina Republican Party, Smalls was elected to the state house of representatives, the state senate, and five times to the United States Congress. Throughout the trials and triumphs of his military and public service, he was surrounded by growing family of supporters. Billingsley illustrates how this support system, coupled with Smalls's dogged resilience, empowered him for success.

Writing of subsequent generations of the Smalls family, Billingsley delineates the evolving patterns of opportunity, challenge, and change that have been the hallmarks of the African American experience thanks to the selfless investments in freedom and family made by Robert Smalls of South Carolina.


Andrew Billingsley is a professor of sociology and African American studies and senior scholar in residence at the Institute for Families in Society at the University of South Carolina. His previous books are Mighty like a River: The Black Church and Social Reform and Climbing Jacob's Ladder: The Enduring Legacy of African-American Families. Billingsley is the recipient of the DuBois-Johnson-Frazier Award from the American Sociological Association and the Distinguished Scholar Award from the Association of Black Sociologists.

"Billingsley crafts a superb genealogical history of Robert Smalls, blending family history with local and state history, while also placing Small's life and career within the wider framework of the national narrative. . . . Furthermore, he succeeds in impressing upon the reader the fundamental role that family networks played in all areas of Smalls's life. . . . Without the influence of family, Robert Smalls may not have become the man whose legacy lives on in the history of the African American communities that he once served."—Civil War History

"Born a slave, Robert Smalls died a free man whose heroic actions and example inspired the freedom struggles of generations of oppressed blacks. His life story is at once inspirational and instructive. Smalls's capture of a confederate warship and the liberation of slaves combined General Grant's tactical brilliance with Harriet Tubman's legendary courage. Billingsley's thoughtful, pathbreaking book shows how Smalls's accomplishments were rooted in traditional black beliefs and practices which endure today. This is a must-read for students of the black experience and the promise of American democracy."—Walter R. Allen, Allan Murray Cartter Professor of Sociology, University of California-Los Angeles

"Andrew Billingsley admirably combines an impressive command of the sociology of black families with a keen understanding of southern religious practices and Reconstruction politics in this original and richly documented biography of the audacious Civil War hero and visionary South Carolina statesman, Robert Smalls. Yearning to Breathe Free places Smalls's heroic achievements, abiding commitment to his families, and his championship of universal public education against the backdrop of the changing fortunes of the larger black community."—Darlene Clark Hine, Board of Trustees Professor of African American Studies, Northwestern University, and author of Black Victory: The Rise and Fall of the White Primary in Texas

"From his sensational escape with the Planter in 1862, through his combat service in the Civil War, to his bold and implacable political leadership in the face of threatening opposition in Reconstruction South Carolina, Robert Smalls was an American hero in the truest sense of the word. Billingsley's new biography goes beyond describing the dramatic events of Smalls' public life; it explains the remarkable character behind them. It is, therefore, an important contribution to the history of South Carolina and the history of the United States."—Lawrence S. Rowland, professor emeritus of history, University of South Carolina Beaufort

"Billingsley not only recounts the story of the man known as the 'first hero of the Civil War' but also provides a new framework for considering the role of family and community in the development of young men. His insights on these issues invite the consideration of contemporary policymakers as they address the social challenges of our day."—Kurt L. Schmoke, dean of the Howard University School of Law