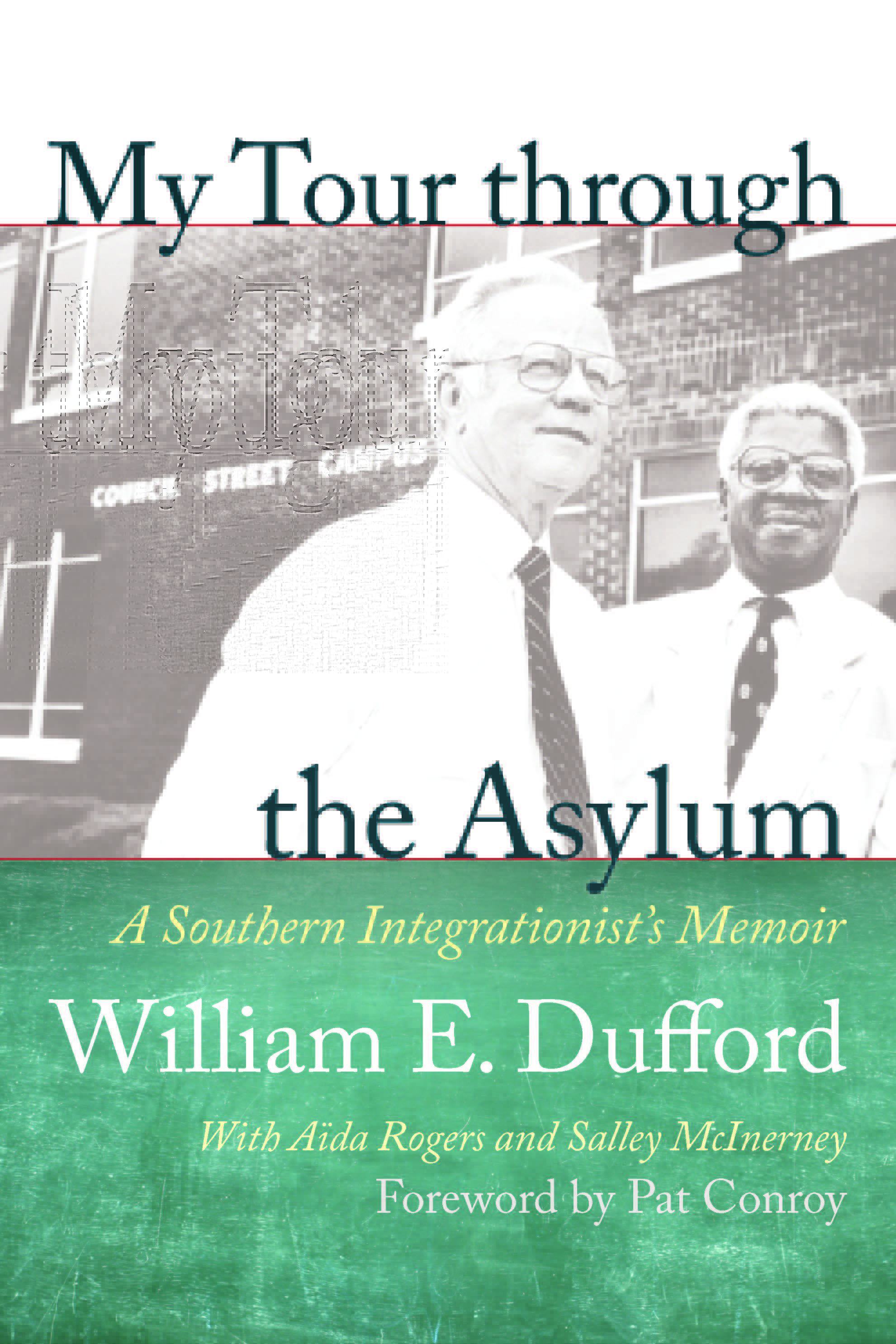 My Tour through the Asylum

Immortalized in the writings of his most famous student, best-selling author Pat Conroy, veteran education administrator William E. Dufford has led an inspirational life as a stalwart champion for social justice and equal access for all to the empowerment of a good public education. A quintessential Southern storyteller now in his nineties, Dufford reflects on his own transformation through education, from his upbringing in the segregationist Jim Crow Era-South of the 1930s and 1940s to becoming an accomplished integrationist revered by his pantheon of former colleagues and students. Those include Conroy, artist and MacArthur Fellowship recipient Daisy Youngblood, civil rights attorney Carl Epps, U.S. District Judge Richard M. Gergel, former U.S. secretary of education Richard W. Riley, historian and educator Alexia Helsley, University of South Carolina Benjamin E. Mays Distinguished Professor Emeritus Johnny McFadden, and many others. In My Tour through the Asylum, several of these supporters share their own candid recollections of Dufford alongside his life story, adding context and anecdotes to the narrative.

Dufford's efforts in Sumter in the late 1960s garnered national attention, including coverage in the New York Times and the opportunity to take a delegation of his black and white students to Alabama to model successful practices in integration. Dufford credits the evolution of his mindset from segregationist to integrationist to the good influence of two experiences: his service in the U.S. Navy in the 1940s opening his eyes to a larger worldview and his later doctoral training at the University of Florida under nationally recognized professors introducing him to global perspectives of education.

In collaboration with writers Aïda Rogers and Sallie McInerney, Dufford recounts the possibilities that unfold when people work through their differences toward a common good. His story is also a cautionary tale of how progress can be forestalled or undone by those in power when antiquated policies and politics are placed above humanistic principles of fairness and social justice. Drawing the book title and themes from nineteenth-century statesman James Louis Petigru's infamous assessment that South Carolina was "too small to be a republic and too big to be an insane asylum," Dufford offers an insightful, pragmatic, and ultimately hopeful tour through his lived experiences in the courageous, committed service of education and enlightenment.


William E. Dufford, a South Carolina native, served as a school principal in Georgetown, Beaufort, and Sumter and later as the superintendent of schools in York. He also served as an educational consultant for the Boston school system and as the director of field services for the University of South Carolina Center for Integrated Education. Dufford has been recognized with the South Carolina Governor's Award in the Humanities and the South Carolina Order of the Palmetto, the state's highest civilian honor. Now retired, he remains actively involved in Newberry College's annual Dufford Diversity and Inclusiveness Week and in the Newberry Opera House's Dufford Center for Cultural Diversity.

"William Dufford's memoir is a remarkable example of courage, passion, and determination. This is a book about one man's commitment to justice and fairness and how one can make a difference in the lives of all people, regardless of the color of their skin. It truly is an awesome read."—Peggy B. Winder, Newberry College

"Good men vanish, but the good they accomplish often endures. This is a book about place and time and about a man who believed in fairness—a man who hungered for decency and labored to make South Carolina a better place for all people. In part the book is a Sermon from the Lowlands, not a sermon dozy with platitudes but a sermon rich with the treasures of the earth, those things that moth and rust corrupt—classrooms, people, football teams, mill towns, and green hills—those evanescent things that enrich our short lastings and make us love this bruised world."—Sam Pickering, University of Connecticut

"There are some among us who see a need and quickly responds. Bill Dufford is one who stood up to wrongs, whose maturing awareness of racial inequality led him to find solutions where he found unfairness. This book is testament to his journey toward South Carolina's—not only desegregation of schools—but full integration and voice for African American students, a path he had taken for numerous white students throughout his varied career in education. This narrative demonstrates how he inspired, influenced, and blustered his way, realizing a fully integrated, educated student body with fundamental rights and privileges of American society led to cooperation and a more perfect union."—Libby Bernardin, author of The Book of Myth and Layers of Song

"Bill Dufford was born into South Carolina's highly segregated society in 1925 but its arbitrary, unfair, and painful divisions never made sense to him. He turned those doubts inside out, becoming one of the state's most influential educators and leaders of his generation in a time of great change. In turn, Doc transformed many lives of colleagues, teachers, and students who discovered the same passion for fairness and human decency that has marked this good man's life. This is a story of redemption and a heroic journey."—Bud Ferillo, South Carolina Collaborative for Race and Reconciliation, University of South Carolina