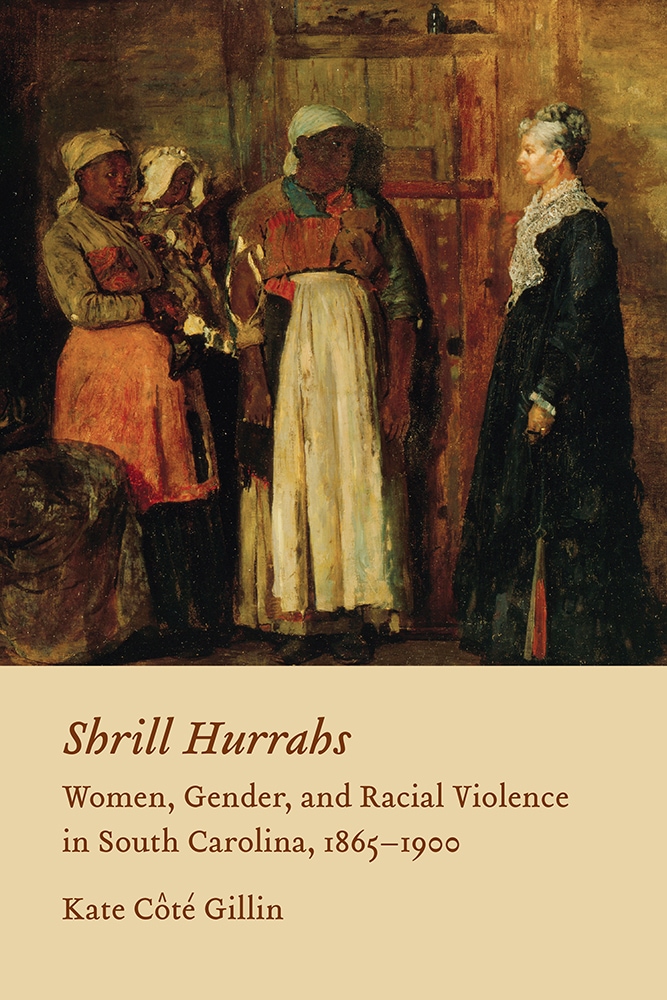 In Shrill Hurrahs, Kate Côté Gillin presents a new perspective on gender roles and racial violence in South Carolina during Reconstruction and the decades after the 1876 election of Wade Hampton as governor. In the aftermath of the Civil War, southerners struggled to either adapt or resist changes to their way of life. Gillin accurately perceives racial violence as an attempt by white southern men to reassert their masculinity, weakened by the war and emancipation, and as an attempt by white southern women to preserve their antebellum privileges.

As she reevaluates relationships between genders, Gillin also explores relations within the female gender. She has demonstrated that white women often exacerbated racial and gender violence alongside men, even when other white women were victims of that violence. Through the nineteenth century, few bridges of sisterhood were built between black and white women. Black women asserted their rights as mothers, wives, and independent free women in the postwar years, while white women often opposed these assertions of black female autonomy. Ironically even black women participated in acts of intimidation and racial violence in an attempt to safeguard their rights. In the turmoil of an era that extinguished slavery and redefined black citizenship, race, not gender, often determined the relationships that black and white women displayed in the defeated South.

By canvassing and documenting numerous incidents of racial violence, from lynching of black men to assaults on white women, Gillin proposes a new view of postwar South Carolina. Tensions grew over controversies including the struggle for land and labor, black politicization, the creation of the Ku Klux Klan, the election of 1876, and the rise of lynching. Gillin addresses these issues and more as she focusses on black women's asserted independence and white women's role in racial violence. Despite the white women's reactionary activism, the powerful presence of black women and their bravery in the face of white violence reshaped southern gender roles forever.

"Well-researched and well-written, Gillin's study is an important contribution to women's history, Southern history, African American history, and the study of racial violence. It is an essential addition to the historiography."—The Historian

". . . this work expands our understanding of the era's crucial issues by emphasizing gender."—The Journal of American History