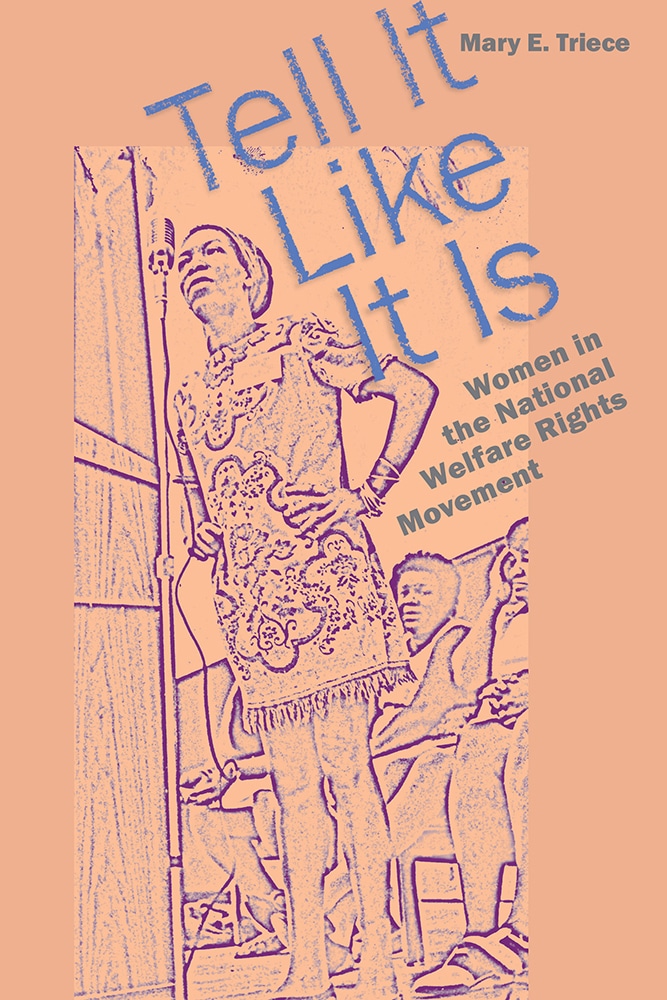 In Tell It Like It Is, Mary E. Triece brings to light a lesser known yet influential social movement of the late 1960s and early 1970s—the welfare rights movement, led and run largely by poor black mothers in the National Welfare Rights Organization (NWRO). Her study combines theory and critical analysis to explore rhetorical strategies and direct actions women employed as they argued for fair welfare legislation in both formal policy debates and in the streets. Triece focuses on how welfare recipients spoke for themselves in forums often marked by widely held stereotypes.

Triece explains the influence of racism on welfare legislation throughout the early 1900s and explores how welfare recipients cultivated agency while challenging stereotypes such as the "welfare cheat" and the "welfare mother." To illuminate her study, Triece uses historical documents including pamphlets, flyers, position statements, and convention materials. She examines the official newspaper of the NWRO, the Welfare Fighter, and draws on the congressional testimonies of welfare recipients, providing the first in-depth look at the ways that poor black women represented themselves in this formal political forum.

Tell It Like It Is presents an interdisciplinary study touching on communication, rhetoric, politics, feminist theory, and the intersections of race, class, gender, and sexuality. It also engages in ongoing scholarly debate regarding language, knowledge, reality, and the potential for social change. Triece contributes to each of these disciplines as she explores how a marginalized and beleaguered people managed to mobilize a nationwide movement.


Mary E. Triece is a professor in the School of Communication at the University of Akron. She is the author of Protest and Popular Culture: Women in the U.S. Labor Movement, 1894–1917 and On the Picket Line: Strategies of Working-Class Women during the Depression, winner of the Bonnie Ritter Book Award. Triece has also published in Critical Studies in Mass Communication, Rhetoric Society Quarterly, Communication Studies, Women's Studies in Communication, and the Western Journal of Communication.

"Tell It Like It Is, is a multidisciplinary study touching on fields of communication, rhetoric, politics and the intersections of race, class, gender and sexualitythat adds to our understanding of the multidisciplinary nature of our lives. This bookfills in those large gaps in our knowledge about how even very poor, stigmatized, marginalized, and beleaguered people often do 'talk back' (bell hooks) and dissent from the complacent status quo to 'set society straight.'"—Laura Woliver, professor of political science, joint appointment in Women's and Gender Studies Program at the University of South Carolina, and author of From Outrage to Action: The Politics of Grass-Roots Dissent and The Political Geographies of Pregnancy

"Because Triece has a gift for making complex theoretical debates accessible and because she imbues abstract notions with practical meaning, her book would work well in undergraduate as well as graduate seminars. Moreover, Tell It Like It Is should hold a place of honor on the bookshelves of all of us committed to using our theoretical knowledge to better understand and to amplify the voices of those previously silenced by injustice."—Southern Communication Journal