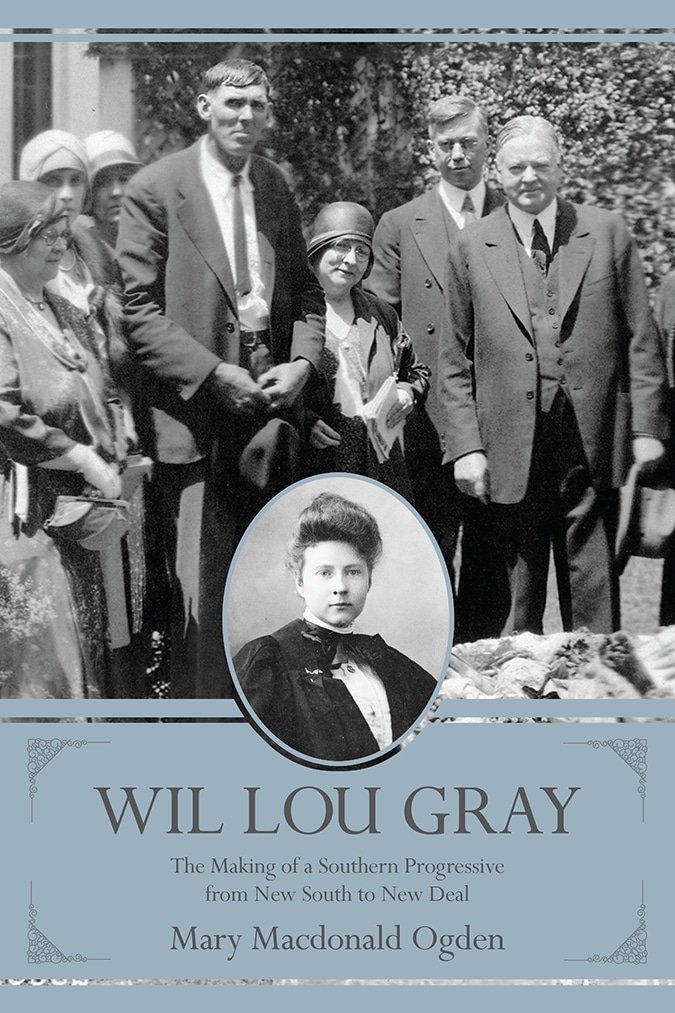 In Wil Lou Gray: The Making of a Southern Progressive from New South to New Deal, Mary Macdonald Ogden examines the first fifty years of the life and work of South Carolina's Wil Lou Gray (1883-1984), an uncompromising advocate of public and private programs to improve education, health, citizen participation, and culture in the Palmetto State. Motivated by the southern educational reform crusade, her own excellent education, and the high levels of illiteracy she observed in South Carolina, Gray capitalized on the emergent field of adult education before and after World War I to battle the racism, illiteracy, sexism, and political lethargy commonplace in her native state.

As state superintendent of adult schools from 1919 to 1946, one of only two such superintendents in the nation, and through opportunity schools, adult night schools, pilgrimages, and media campaigns—all of which she pioneered—Gray transformed South Carolina's anti-illiteracy campaign from a plan of eradication to a comprehensive program of adult education. Ogden's biography reveals how Gray successfully secured small but meaningful advances for both black and white adults in the face of harsh economic conditions, pervasive white supremacy attitudes, and racial violence. Gray's socially progressive politics brought change in the first decades of the twentieth century.

Gray was a refined, sophisticated upper-class South Carolinian who played Canasta, loved tomato aspic, and served meals at the South Carolina Opportunity School on china with cloth napkins. She was also a lifelong Democrat, a passionate supporter of equality of opportunity, a masterful politician, a workaholic, and in her last years a vociferous supporter of government programs such as Medicare and nonprofits such as Planned Parenthood.

She had a remarkable grasp of the issues that plagued her state and, with deep faith in the power of government to foster social justice, developed innovative ways to address those problems despite real financial, political, and social barriers to progress. Her life is an example of how one person with bravery, tenacity, and faith in humanity can grasp the power of government to improve society.

"With the skill of a talented historian and the affection and insight of a relative, Ogden tells the story of one of the most important figures in the history of twentieth-century South Carolina. Not only did Wil Lou Gray change the lives of countless South Carolinians, poor and illiterate, black and white, she made an enduring contribution by changing public perceptions about their capacity to learn. Anyone with an interest in the history of women, race relations, education, or South Carolina, plus any aspiring public servant interested in taking up the torch, would profit from reading this book."—Marjorie J. Spruill, professor of history, University of South Carolina

"Mary Ogden has written a fascinating portrait of her great-great-aunt, Wil Lou Gray, who fought to end illiteracy in South Carolina. As state supervisor of adult education, this unconventional woman broadened educational opportunities for African Americans as well as whites. A must read for those interested in education, reform, gender, and race in the early twentieth-century South."—Joan Johnson, Northeastern Illinois University

"Present debates about public education and race in American society make Ogden's study of Lou Gray not only fascinating but important. Gray's work as South Carolina's Supervisor of Adult Education unfolds as the story of a savvy single woman 'working the system' during days of deep poverty, Jim Crow, and ever lurking violence."—Erskine Clarke, author of Dwelling Place: A Plantation Epic

"Mary Macdonald Ogden's biography of Wil Lou Gray is a pleasurable and informative read. As Ogden's work reminds us, reform is complicated, messy, and contradictory. Gray's life-work embodied the essence of reform; she was both a woman of her times and ahead of her times. Meticulously researched, the story of Wil Lou Gray should appeal to both the reading public interested in South Carolina history and college faculty teaching a broad array of upper level undergraduate and graduate courses in women's history, southern history, and educational history."—Kathleen C. Berkeley, Professor Emeritus, History Department, UNC Wilmington