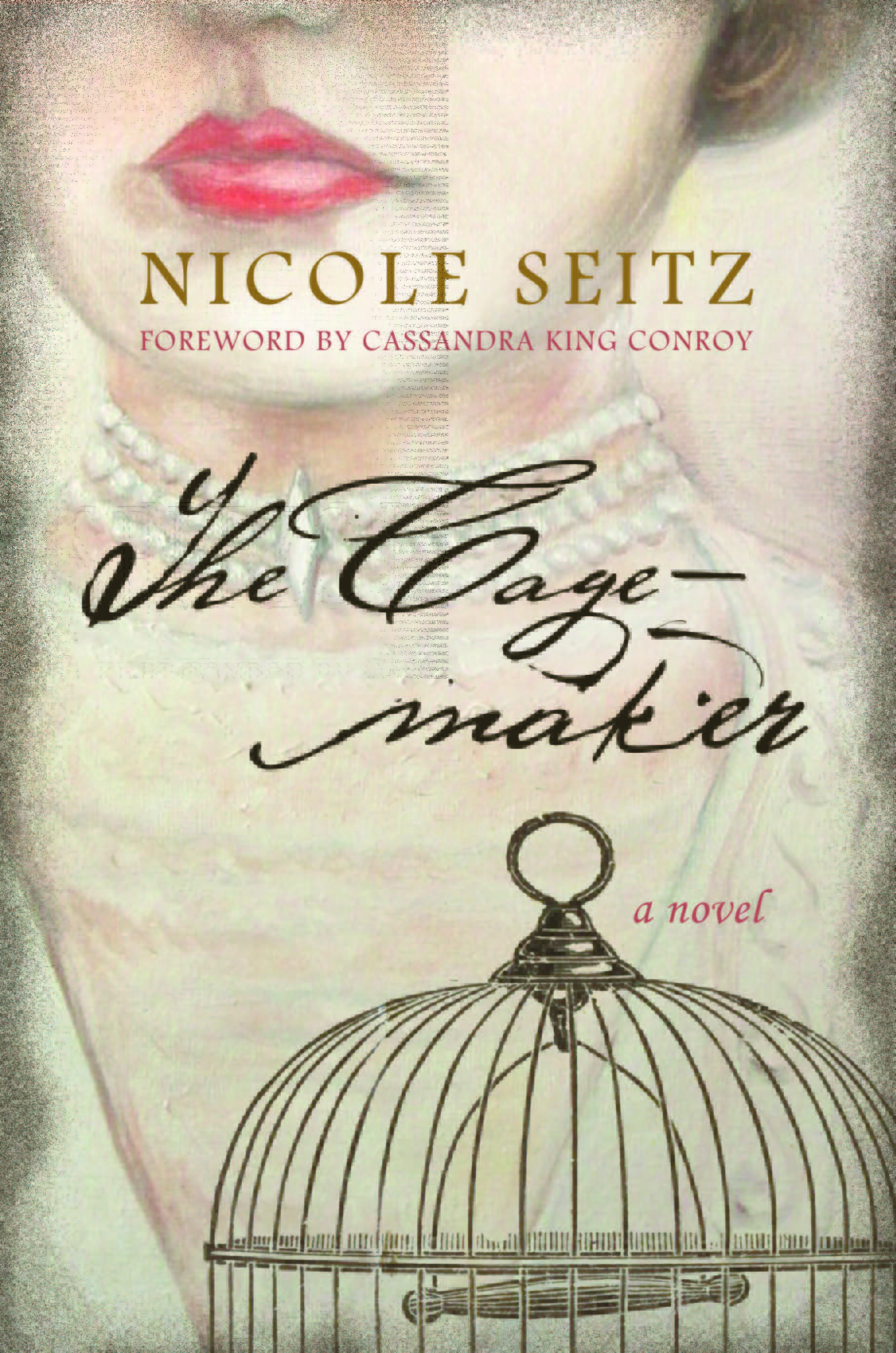 Bringing the New Orleans of the late 1800s and early 1900s vividly to life, Nicole Seitz's latest novel unfolds as a series of letters, journal entries, and newspaper articles discovered in the secret compartment of an enormous and exquisitely detailed birdcage that Trish, a twenty-first-century blogger, has inherited from a heretofore unknown relative. As she peruses the documents, Trish finds herself irresistibly drawn into the history of her family—a tale that is, as one letter puts it, "part love story and part horror and madness."

In 1906 Dr. René Le Monnier is ready to retire after a lengthy career as the New Orleans coroner and physician for the insane asylum. Still mourning his wife's death, the Civil War veteran wants nothing more than finally to write his account of the Battle of Shiloh. But when a sixteen-year-old girl, Carmelite Kurucar, enlists his aid in saving her brother from a death sentence, the good doctor has to reckon with old ghosts and dusty, long-forgotten files—in particular the case of a patient to whom he may not have given sufficient treatment and consideration. Le Monnier's efforts to help Carmelite lead him to Bertrand Saloy, one of the richest men in all New Orleans; to the Le Monnier mansion, which still haunts him; and down a dark family lineage "cursed" by a succession of wealth. Amid the mysteries and suspenseful intrigue, a French birdcage maker's obsessive love for Madame Saloy emerges at the heart of the story.

Based in part on real people and events and featuring illustrations by the author, this engrossing epistolary novel offers fresh twists on the Southern Gothic genre. It reveals much about criminal justice, about early-twentieth-century notions of care for the mentally ill, and, most important, about the many ways in which the weight of history hangs over the present from one generation to the next.


Nicole Seitz is the author of six previous novels, including, most recently, Beyond Molasses Creek and The Inheritance of Beauty. She holds a degree in journalism from the University of North Carolina at Chapel Hill and a B.F.A. in illustration from the Savannah College of Art and Design. She lives in Charleston, South Carolina, where she teaches art and summer workshops for creative writing and illustration. The Cage-maker is based on stories unearthed while researching her own family's history in New Orleans.

"Nicole Seitz's The Cage-maker takes us on an always riveting journey through the lives of a family a century ago. Using their letters we begin to understand the complications of both their lives and their times. She has given us a wonderful story, the gift of a worthy tale for sure."—Robert Hicks, author of The Widow of the South and The Orphan Mother

"In her seventh novel, The Cage-maker, Nicole Seitz has crafted one of the most original and fascinating stories I've read in ages. With elaborate settings, mysterious characters, impressive illustrations, and tons of suspense, Seitz has delivered a captivating time-slip novel that escapes the confines of genre and enters that sacred space of darn-good storytelling."—Julie Cantrell, New York Times and USA Today bestselling novelist of The Feathered Bone

"Moving fluidly between both literary forms and time periods, and in prose as gauzy and beautiful as its illustrations, Nicole Seitz's The Cage-maker is, like the birdcage at the novel's heart, something both timeless and completely new. This gorgeous and deeply moving novel is part tomorrow's blog post, part Balzac, reborn in the deep South."—Mark Powell, author of The Cage-maker and The Sheltering