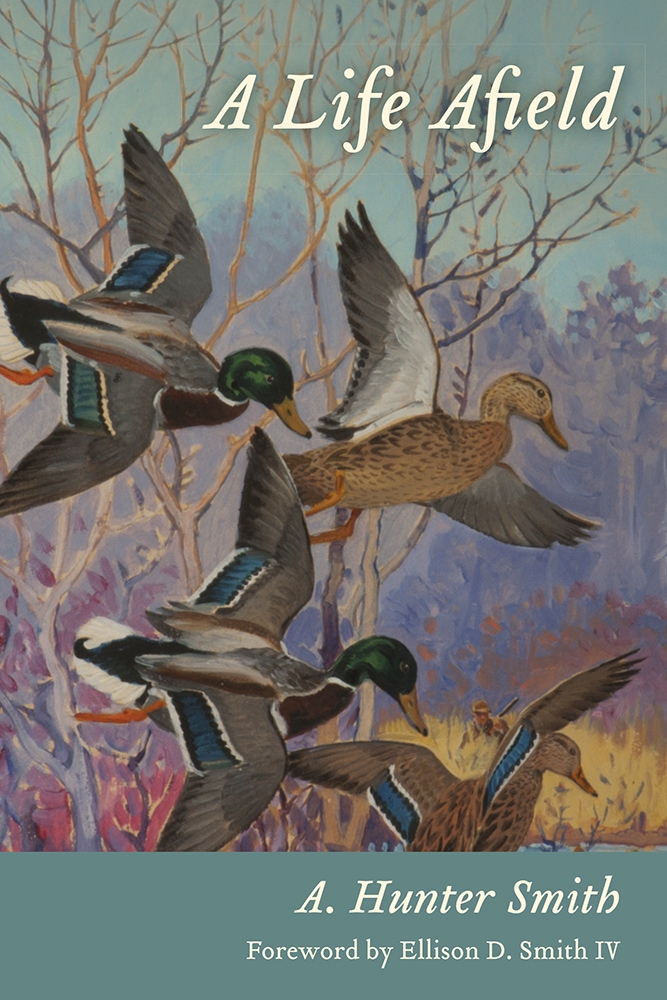 In A Life Afield, A. Hunter Smith welcomes readers to sit by his fireside as he recounts twelve evocative tales from his extensive experience as a hunter and hunting guide. Though Smith could draw from some 350 years of ancestral sportsman stories, he instead describes his own successes and mishaps with an intimacy that captivates audiences.

Through his narratives Smith shares his philosophy on hunting and rambling in the outdoors and questions what it means to be a true sportsman in today's Deep South. As his stories make clear, the South's outdoor heritage has changed drastically within the last twenty-five years or more. The beauty and majesty of the natural world, as well as the principles of honor, integrity, and humanity found within circles of sportsmen, are seemingly no longer reward enough for the sporting world of today. Many of the age-old and time-proven wisdoms of woodsmanship are in danger of being forgotten or dismissed by a new era of "immediate reward" for minimal effort.

A Life Afield reminds readers what it means to be a woodsman: to hold the woods and waters deep within one's heart. Taken as a whole, the collection chronicles the author's quest to adulthood, influenced by his outdoor adventures and friendships, while also subtly providing solid lessons in sporting ethics, gun safety, and general woodsmanship.

A Life Afield includes a foreword by Ellison D. Smith IV, an environmental attorney, author of The Day the Pelican Spoke and Free as a Fish, and brother of the author.


A. Hunter Smith is a native South Carolinian who has hunted and fished across the Southeast, the nation and beyond for the last forty-three years. For thirty years he worked as a hunting and fishing guide and now writes outdoor stories that stem from his experiences afield. He has been published regularly in outdoor magazines and journals, both regionally and nationally including South Carolina Wildlife magazine and Gray's Sporting Journal.

"Smith has great gifts as a storyteller. All of the hunting stories are told from personal experience and they are as much about family, friends and dogs as they are about him. In the manner of Archibald Rutledge, he has great skills in observing and describing his surroundings and what goes on in it and a keen facility for connecting his readers and drawing them into the story."—Ben McC. Moise, Charleston Post and Courir

"Hunter Smith has the rare ability to craft an outdoor tale that combines practical know-how with themes that go beyond hunting and fishing and get straight to the universal human condition. Reading his stories makes the hair on the back of my neck stand up most every time."—David Lucas, South Carolina Wildlife magazine